The 2018 Sondheim Finalists in Photos 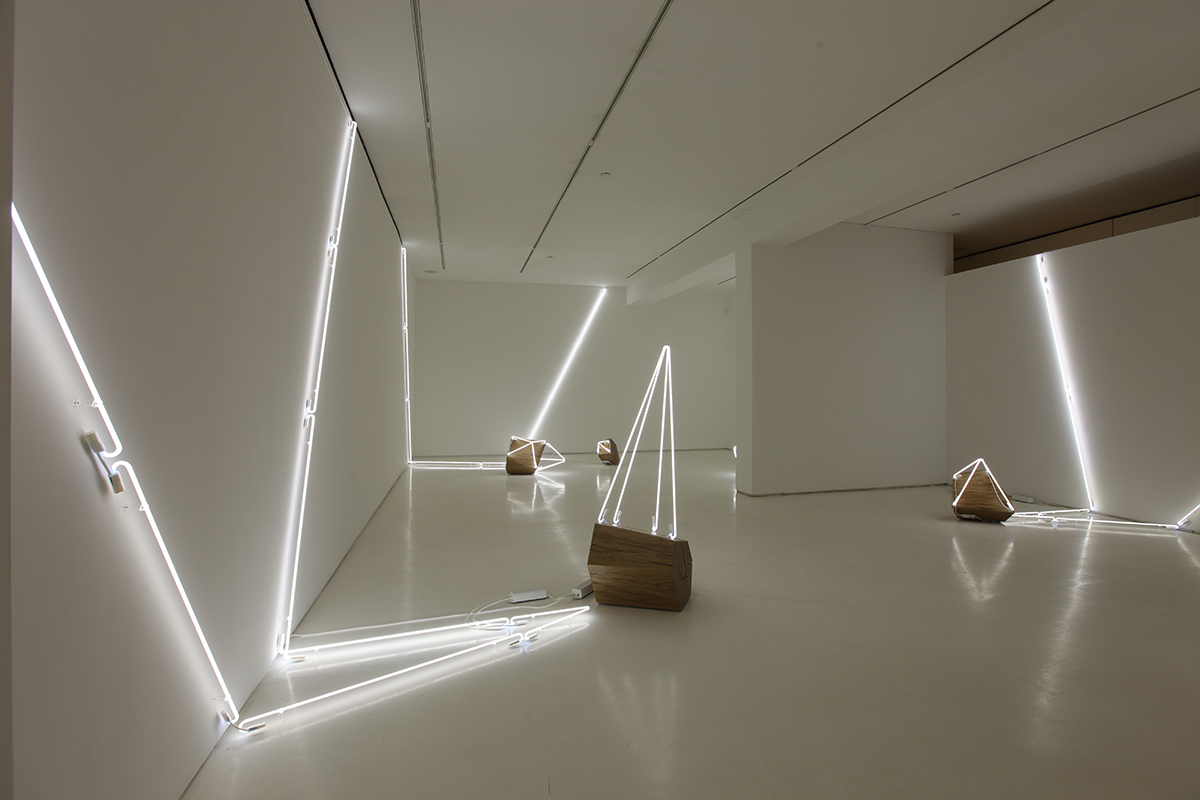 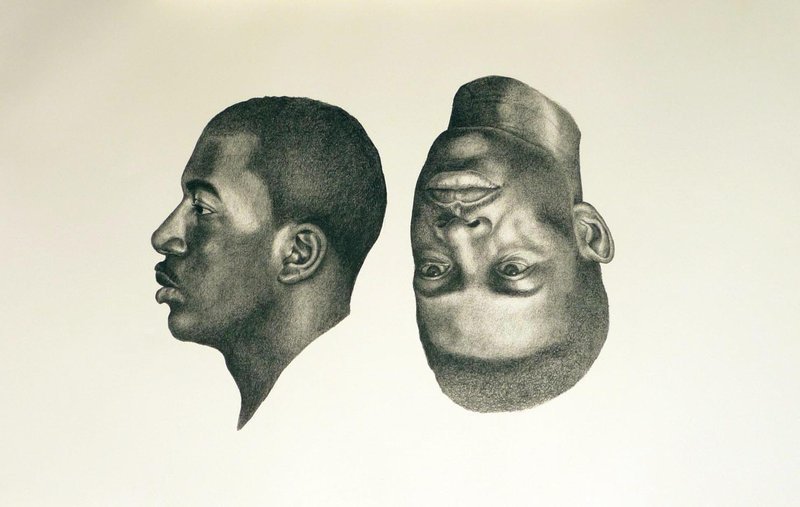 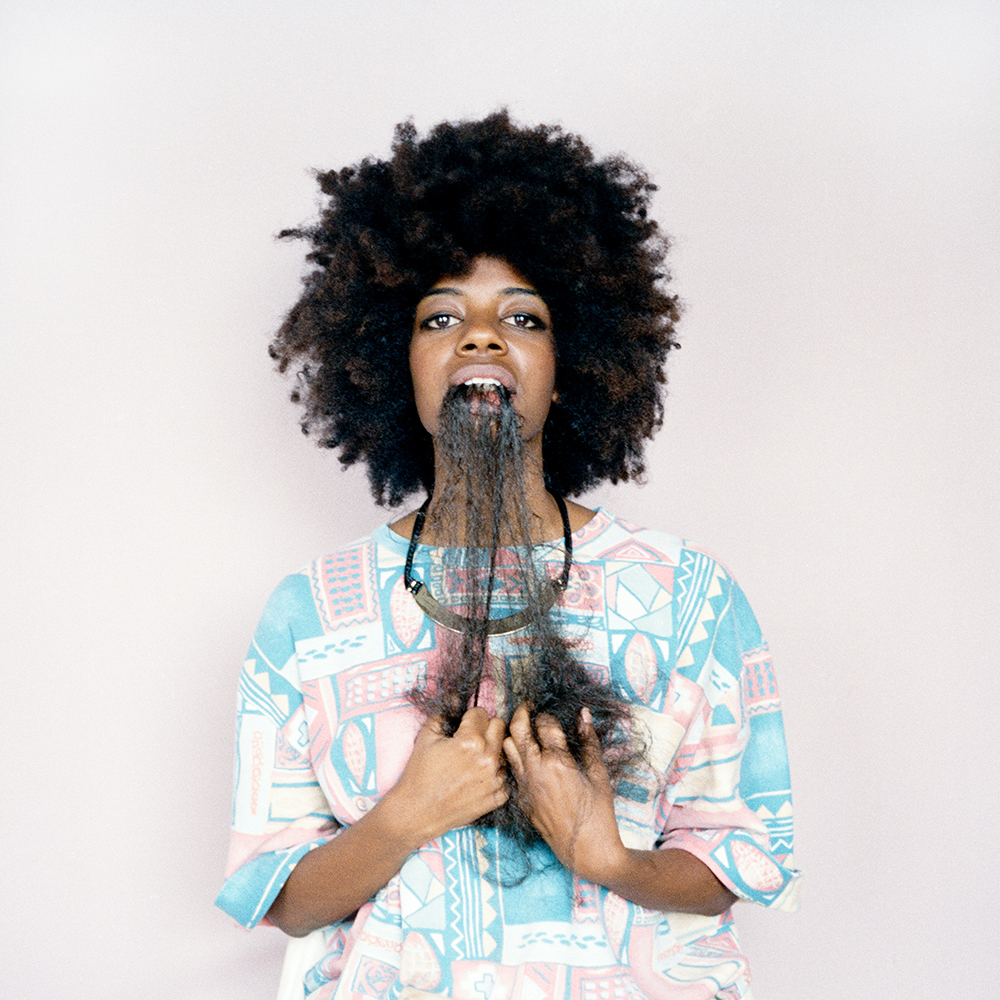 The Baltimore Office of Promotion & The Arts announces the finalists for the 13th Annual Janet & Walter Sondheim Artscape Prize. The finalists are Erick Antonio Benitez, Nakeya Brown, Sutton Demlong, Nate Larson, Eunice Park and Stephen Towns. The competition awards a $25,000 fellowship to assist in furthering the career of a visual artist or visual artist collaborators living and working in the Greater Baltimore region. The prize also gives artists an opportunity to exhibit their work at The Baltimore Museum of Art. The Janet & Walter Sondheim Artscape Prize is held in conjunction with the 37th annual Artscape, America’s largest free arts festival, taking place July 20-22, 2018. The Sondheim Artscape Prize is produced by the Baltimore Office of Promotion & The Arts in partnership with The Baltimore Museum of Art and the Maryland Institute College of Art (MICA).

An exhibition of the finalists’ work will be featured at the Baltimore Museum of Art located at 10 Art Museum Drive. An award ceremony and reception to announce the winner takes place Saturday, July 14, 2018 at 7pm at the Baltimore Museum of Art. The winner is selected from the exhibition after review of the installed art and an interview with each finalist by the jurors. Jurors for 2018 are Lauren Cornell, Margot Norton and Kameelah Janan Rasheed.

Erick Antonio Benitez (Baltimore, MD) is a multidisciplinary artist, musician, organizer and curator. Benitez’s work primarily consists of installation, video, performance, sound, and painting to explore concepts of identity, culture, mysticism, and the natural world. He received his Bachelor of Fine Arts degree in painting with a video concentration from the Maryland Institute College of Art (MICA) in 2014. His work has been exhibited in several gallery exhibitions and publicly in Washington, DC; Baltimore, MD; Brooklyn, NY; Denver, CO; Barcelona, Spain and Timisoara, Romania. His work has also been featured in the Washington Post, Baltimore City Paper, BmoreArt, What Weekly, BmoreArt, a Journal of Art + Ideas, Let’s Talk Live (WJLA), and Hyrsteria Zine Vol. 2. Benitez is a recent recipient of The Contemporary: Grit Fund 2 and the Ruby Artist Project Grant and has been nominated as a finalist for the 2018 Baker Artist Award.

Nakeya Brown (Laurel, MD), a 2017 Snider Prize award winner, has generated a vast body of work that uses photography to explore the complexities of race, beauty, politics, and gender. She received her Bachelor of Art degree from Rutgers University and her Master of Fine Arts from The George Washington University. Her work has been featured nationally in recent solo exhibitions at the Catherine Eldman Gallery (Chicago, IL, 2017); the Urban Institute for Contemporary Art (Grand Rapids, MI, 2017); the Hamiltonian Gallery (Washington, DC, 2017); The McKenna Museum of African American Art (New Orleans, LA, 2012) and in group exhibitions at the Eubie Blake Culture Center (Baltimore, MD, 2018); the Prince George’s African American Museum & Cultural Center (North Brentwood, MD, 2017); and the Woman Made Gallery (Chicago, IL 2016 & 2013), among several others . She has presented her work internationally at the Museum der bildenden Künste (Leipzig, Germany, 2018) and NOW Gallery (London, U.K., 2017). Brown’s work has been featured in New York magazine, Dazed & Confused, The Fader, TIME, and Vice. Her work has been included in photography books Babe and Girl on Girl: Art and Photography in the Age of the Female Gaze. She lives and works in Maryland with her 5-year-old daughter, Mia.

Sutton Demlong (Baltimore, MD) is a sculptor who utilizes traditional woodworking techniques to explore the possibilities of imbuing personality and presence in abstract sculpture. Demlong received his Master of Fine Art degree from the Rinehart School of Sculpture at the Maryland Institute College of Art in 2016. In 2013 he was awarded a Bachelor of Arts degree from Arizona State University with a dual concentration in Art Education and Sculpture. His work was featured in exhibitions at Little Berlin (Philadelphia, PA, 2018); Platform Gallery (Baltimore, MD, 2017); Current Gallery (Baltimore, MD, 2017); New City Studio (Phoenix, AZ, 2017); Connersmith (Washington, DC, 2016) and Franconia Sculpture Park (Shafer, MN, 2014). In 2017, Demlong was a Trawick Prize semifinalist and in 2015 he was the recipient of the Markell Brooks Scholarship to attend Anderson Ranch Arts Center artist residency.

Nate Larson (Baltimore, MD) is a contemporary artist and a professor at the Maryland Institute College of Art (MICA) in Baltimore. His projects have been widely shown across the U.S. and internationally, including an upcoming commissioned solo exhibition for the George Eastman Museum (Rochester, NY, opening January 2019) and past solo exhibitions at Filter Space Chicago (Chicago, IL, 2016); the Orlando Museum of Art (Orlando, FL, 2013); Blue Sky Center for Photographic Arts (Portland, OR, 2014, 2012) and the Contemporary Arts Center Las Vegas (Las Vegas, NV, 2011).

His work is included in the touring exhibition “State of the Art,” originating at the Crystal Bridges Museum of American Art (Bentonville, AR, 2014) and touring to the Telfair Museums (Savannah, GA, 2016); Minneapolis Institute of Arts (Minneapolis, MN, 2016); Dixon Gallery and Gardens (Memphis, TN, 2017); Frist Center for the Visual Arts (Nashville, TN, 2017) and the Mint Museum (Charlotte, NC, 2017). Other recent group exhibitions include the Denver Art Museum (Denver, CO, 2018); the Zuckerman Museum of Art (Kennesaw, GA, 2017); Portland Art Museum (Portland, OR, 2016); Center for Photography at Woodstock (2016) and Silver Eye Center for Photography (2015), among others. He was recently an artist-in-residence at Paul Artspace in St. Louis (2017), CEC Artslink in Russia (2016), and the Robert Rauschenberg Foundation in Florida (2013). His artwork is included in the collections of the High Museum Atlanta, Crystal Bridges Museum of American Art, the Orlando Museum of Art, Portland Art Museum, the Museum of Fine Arts Houston and the Museum of Contemporary Photography Chicago. His first monograph, Geolocation, was published by Flash Powder Projects in 2016.

Eunice Park (Parkville, MD) studied Fine Arts at Montgomery College (Rockville, MD) and attended the Pennsylvania Academy of Fine Arts in Philadelphia, PA, where she was granted a full scholarship for Independent Studio Painting. Eunice took a hiatus from painting for a number of years and returned to the Baltimore area to raise her three children as a single mom, working as a seamstress during most of that time to support her family. A few years ago, Eunice’s passion for painting was rekindled when her daughter bought her art supplies for a Mother’s Day gift. She has been creating new works ever since. Much of her inspiration comes from the great teachers she has had in her life, or from music. She draws strength from her children and her faith and creates images from memories, which when infused with emotion, become fantasies paralleled with reality.

The Artscape prize is named in honor of Janet and Walter Sondheim who have been instrumental in creating the Baltimore City that exists today. Walter Sondheim, Jr. had been one of Baltimore’s most important civic leaders for over 50 years. His accomplishments included oversight of the desegregation of the Baltimore City Public Schools in 1954 when he was president of the Board of School Commissioners of Baltimore City. Later, he was deeply involved in the development of Charles Center and the Inner Harbor. He continued to be active in civic and educational activities in the city and state and served as the senior advisor to the Greater Baltimore Committee until his death in February 2007.

Janet Sondheim danced with the pioneering Denishawn Dancers, a legendary dance troupe founded by Ruth St. Denis and Ted Shawn. Later, she turned to teaching where she spent 15 years at the Children’s Guild working with severely emotionally disturbed children. After retirement, she was a volunteer tutor at Highlandtown Elementary School. She married Walter in 1934, and they were together until her death in 1992.
Artscape
America’s largest free arts festival, attracting more than 350,000 attendees, offers concerts on multiple outdoor stages, art exhibitions, an artists’ market, a full schedule of dance, theater and opera, jazz, classical, folk and experimental music, children’s activities, exhibitors, and an extensive variety of local food and beverage vendors on Mount Royal Avenue and North Charles Street.

Black pop art iconography, like Jet magazine’s coverage and advertisements reflecting the 1960s Black is Beautiful movement and the Natural Hair Movement of the 2000s, are all influential to Brown’s photographs.

In a town full of creatives who might claim the title of “hardest working artist in town,” Landis “Expandis” McCord is arguably among those with a real shot at that crown. 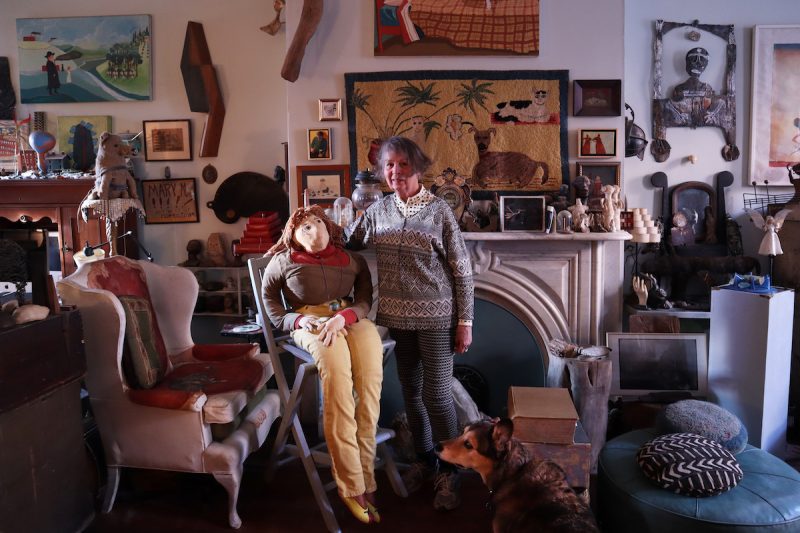 Though the first floor of Franklin's home is filled with art, there are no defined boundaries that separate the art in her collection, the art she herself makes, her collections in progress, and the more ordinary articles of her life.