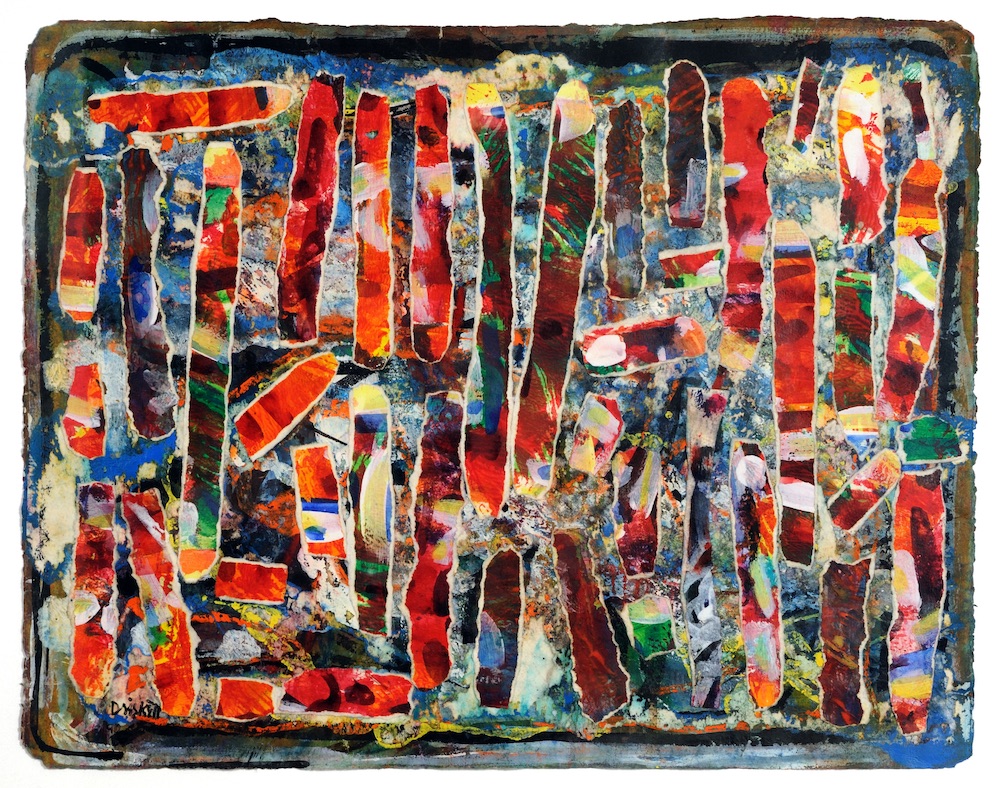 The Energy of a Moment in David Driskell’s [...] 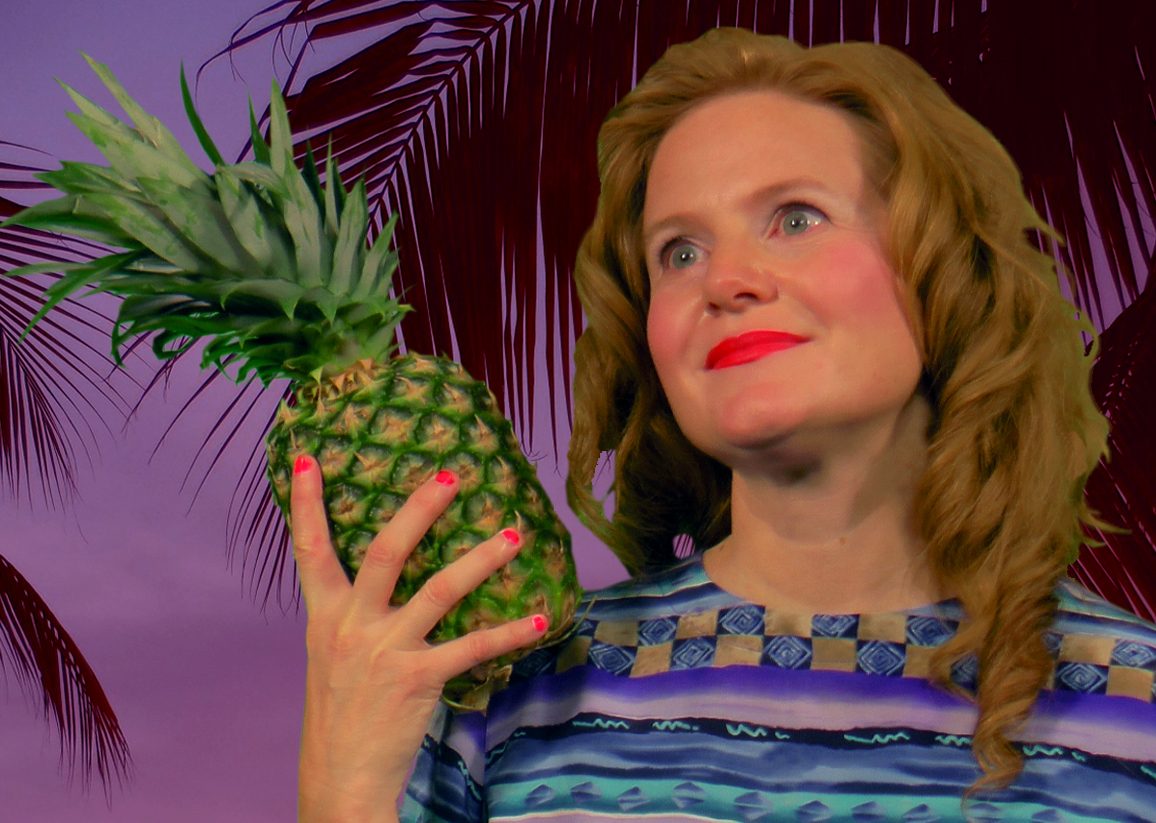 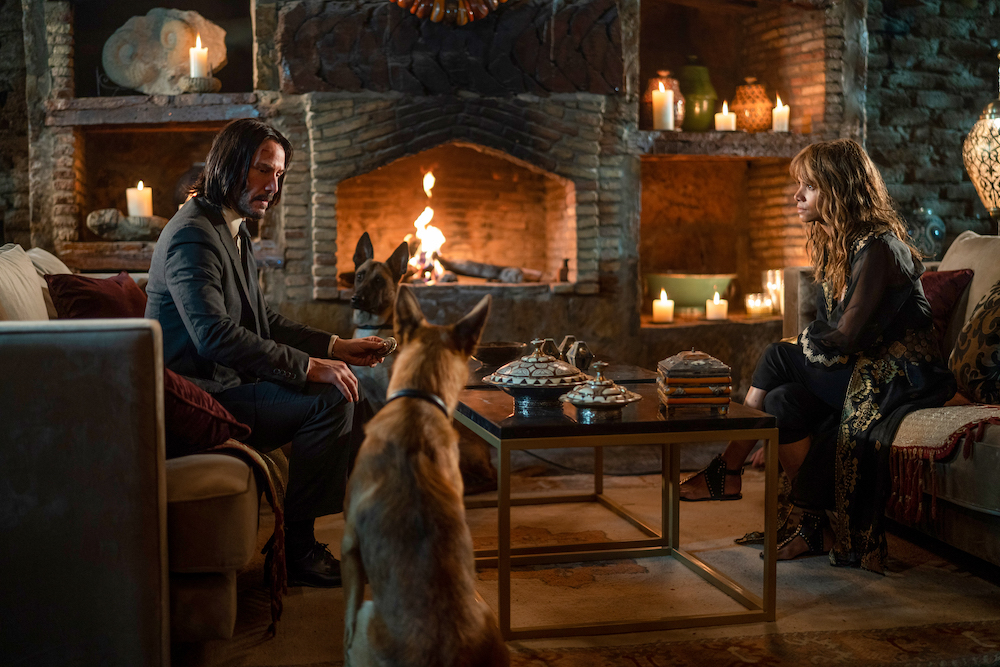 The reasons to indulge baroque action flick John Wick 3 (out now) are as follows: Halle Berry’s Belgian Malinois who follow her around and become the biting, bounding, snarling centerpiece of a sweeping, Alfonso Cuarón-ish shoot-out in Casablanca, lit like the cover of Willie Nelson’s Stardust; actor Asia Kate Dillon, who, as the movie’s forthright semi-villain and voice of reason who goes only by Vertigo Comics-like name The Adjudicator, brings menace and gravity with knowing glances rather than endless, pointless firepower; and Caravaggio, whose paintings adorn the back room of an old movie house/dance conservatory that is central to the John Wick mythos here and whose tenebrism is jacked for much of the look of the movie.

There is something just aggressively too-much about a hyper-violent action movie whose look invokes a Caravaggio painting and that then fills a scene with Caravaggio paintings so that we see Caravaggio paintings in Caravaggio light. The stark shadowed limbs of “Judith Beheading Holofernes” peek through shards of deep black and gold behind John Wick (Keanu Reeves, the only comforting, sane action star this side of The Rock) as he negotiates with a Russian crime boss (played by Anjelica Huston) for passage out of the country to avoid certain death as an entire world of assassins come after him. All because of what happened in the first John Wick (and kept happening in John Wick: Chapter 2), when a bunch of Russians killed Wick’s cute little puppy and in response, he decided to kill everybody.

John Wick: Chapter 3 – Parabellum (that’s the full title, lolz, I know) is an example of what I have come to think of as endless scroll cinema: Hollywood movies where scenes don’t so much play out as a narrative, or even as part of sequence that builds properly, but as a series of setpieces that are each equally loud and demand your full attention until the next one begins and you forget all about what just happened. John Wick kills a man with a book in the New York Public Library. John Wick rides a horse through New York City. John Wick grimaces and grunts at Anjelica Huston with that Caravaggio behind him and it says something about revenge and the bible. John Wick wanders through the desert. It is all pretty awesome at the time, though the distracted scenes result in an abstracted action movie.

I don’t think I need something that feels like Alejandro Jodorowsky’s Santa Sangre meets the Jason Bourne series but if you give it to me I will not say “no.” John Wick 3 looks great. It is not good. It doesn’t make much sense. It’s more often fun than not. I’m not sure that any of that matters. Dogs! 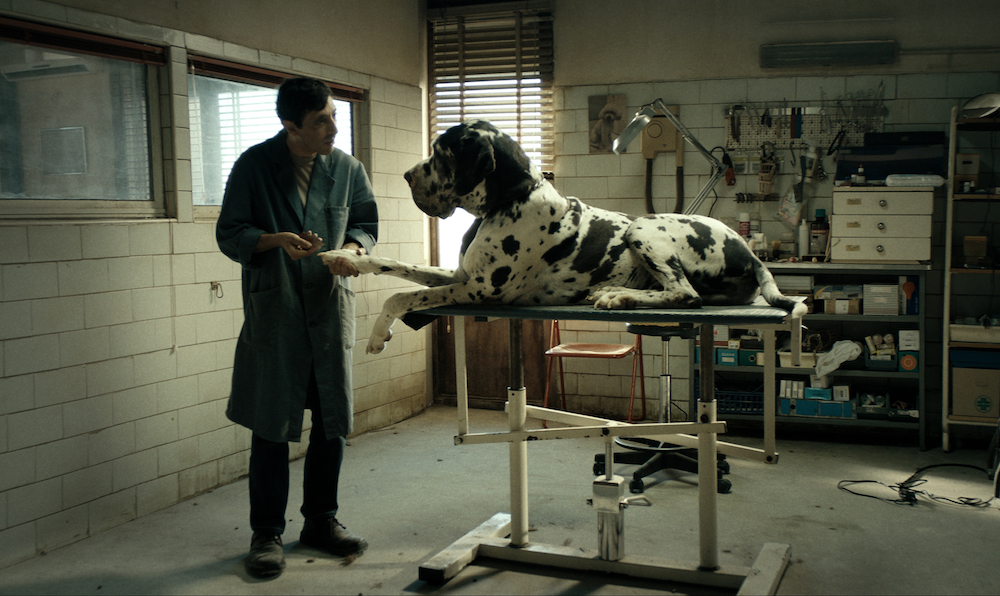 Dogman (opening at the Parkway Theatre on June 7) is nearly a character study and almost a parable about revenge, though not quite. It focuses on Marcello, a dog groomer in a small seaside town in Italy who deals cocaine on the side, takes his daughter scuba diving with the proceeds, and attempts to rein in Simone, a friend and out-of-control community bully who hoovers coke, rips everyone off, smashes his head into arcade machines when he loses, and lacks even the hardheaded integrity of the street code. It all comes off as Springsteen song-like in its desolate nearness to water and smallness.

The reason to see Dogman is for actor Marcello Fonte, whose performance is one of the most natural and mysterious in movies in a long time (think Bruno S. in those Werner Herzog movies). Marcello as played by Fonte is repellent and compelling. He’s loyal until he turns and then snaps, yet still maintains a sweet inevitability about him—like a dog. A scene that defines Marcello’s kindness and complicity happens early on when he acts as the getaway driver for Simone and another burglar. Speeding away, he hears how they shoved a dog in the freezer to keep it from barking, so Marcello returns to the scene of the crime, sneaks in, takes the dog out of the crisper and resuscitates it, tells no one about it, and never gets caught for this well-intentioned breaking and entering.

This cause-and-effect action as characterization is striking and it’s what Dogman director Matteo Garrone’s brilliant Gomorrah—a multi-directional micro-epic balancing dozens of Marcello-like characters—did so well: One gesture opened up a character’s interior life and showed the compromises people carry with them because they are roped into or adjacent to crime.

Dogman soon moves as you might expect, though. Marcello gets closer to Simone simply because he can’t say “no”—and because he is unwisely convinced he can control Simone—and the movie functions as a sort of anti-The Man Who Shot Liberty Valance, positing that problem-folks in closed communities are not best dealt with by vigilantism (suggesting here as well that law enforcement is ostensibly useless). How Dogman goes about that, though, is about as sophisticated and unpleasant as one of the Saw movies, and its pay-off is Twilight Zone-twisty—cheap yet powerful, and limited if you think about it for more than 30 seconds.

Still, Dogman rejects the cynical concept that violence is the answer. Only that it is an answer. Plenty of movies show you how hollow revenge is or how pointless it is and plenty more—well, most movies out there—make some awful kind of case for revenge. Dogman shows you that revenge is naive. 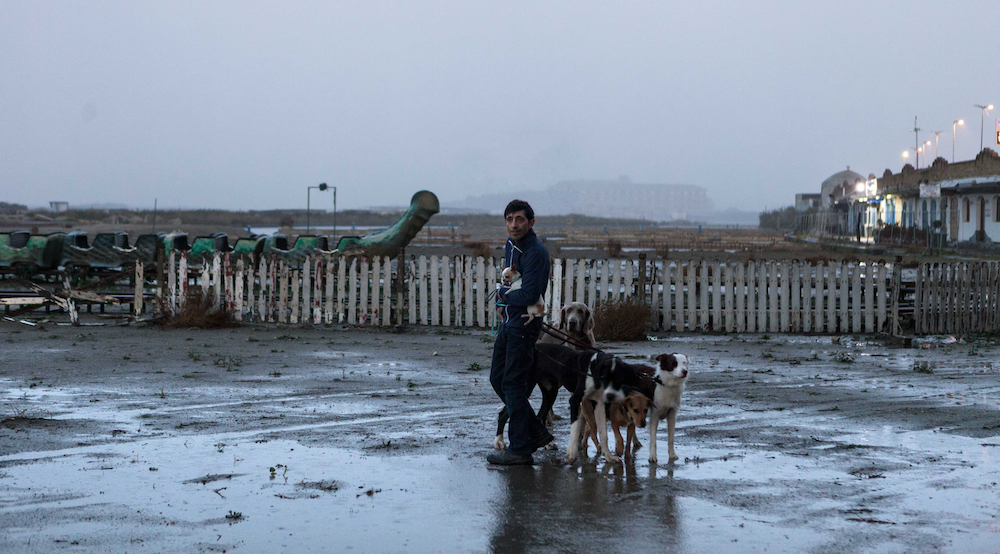 Here are a few more movies about men and dogs or just dogs. As will always be the case, in an attempt to counter the very convenient though inarguably movie culture-killing world of streaming, I have limited these recommendations to movies that are available at Baltimore’s nonprofit video rental store Beyond Video (2545 N. Howard St.) and this week, one that is screening at the Senator Theatre.

A Boy and His Dog (L.Q. Jones, 1975): A post-apocalyptic farce starring a young Don Johnson and a talking dog (voiced by the guy who played Mr. Feeney on Boy Meets World) that, like Dogman, is worth a watch even if it also doesn’t stick its landing.

Dog Sitter (Sunrise Productions, 2008): This ridiculous DVD features footage of squirrels jumping around and nature footage and the like that purports to be something you can just put on for your dog when you leave the house? Found, I learned, by Beyond Video collective member—and dog walker—Kevin Coelho at a Goodwill.

Dog Star Man (Stan Brakhage, 1961-1964): Experimental cinema classic about a man and a dog climbing a mountain and getting mystical all done in Brakhage’s signature abstract-expressionist meets footage-of-mouth-surgery style.

John Wick (Chad Stahelski, 2014): As I wrote a couple years ago, “John Wick is the top-tier dog movie because it captures, like no other, the hollowed-out loss tied to so-called ‘unconditional love.’ And it does it with a sense of humor and skepticism toward sentimentality.”

The Silence of the Lambs (Jonathan Demme, 1991): Still-stunning (and also profoundly transphobic) serial killer thriller that sits squarely between Twin Peaks and The X-Files and has way more style and dread than you likely remember. A crucial sequence hinges on the fate of a cute little dog. Screening at the Senator on June 12, 16, and 17.

Brandon Soderberg is a reporter from Baltimore. He is the former editor-in-chief of Baltimore City Paper, the cofounder of Baltimore Beat, and is currently co-writing a book about the Gun Trace Task Force for St. Martin’s Press.

Movement was the theme of the 2023 Baltimore Crankie Festival, which takes place every year at the Creative Alliance.

The neo-opera duo Outcalls is classically trained, but they use their singing and musical skills with the creativity of pop rhythms to gently choke the patriarchy with their beautiful voices.

Performance: Music, Theater, & Dance
Troy Burton’s Theatrical Mixtape
A Discussion with the Actor-Director behind You Thought I Was Him, which premiered at Arena Players in Baltimore

Troy Burton’s vision for telling the story of Black men in Baltimore was many years in the making and has only been made possible through conversation and collaboration.