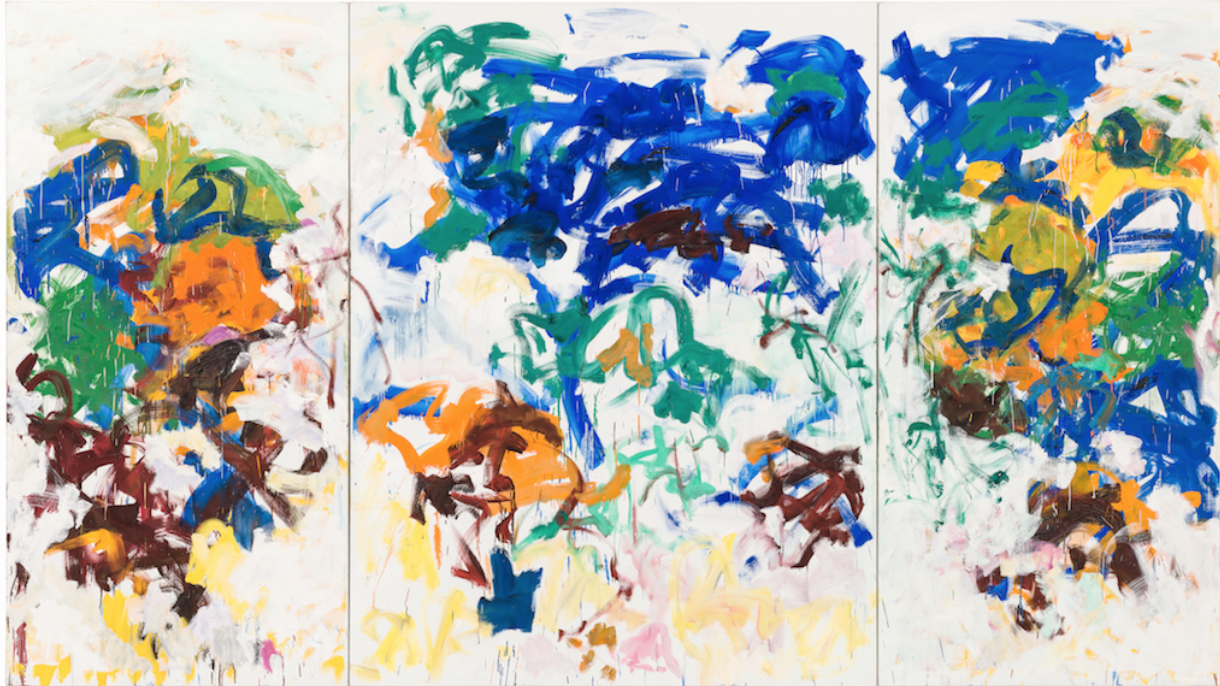 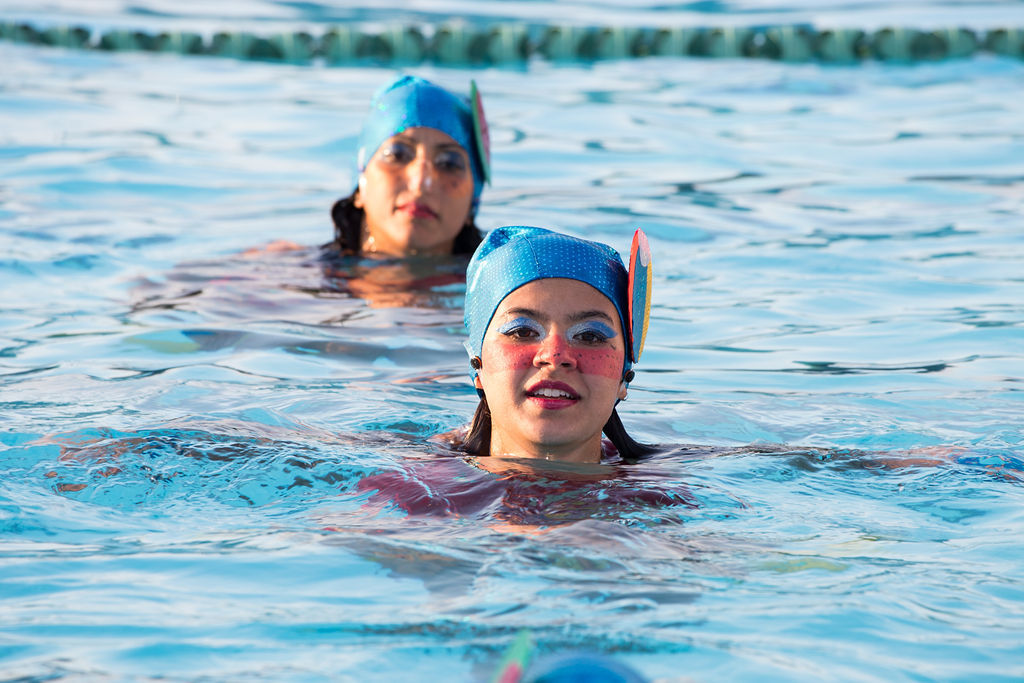 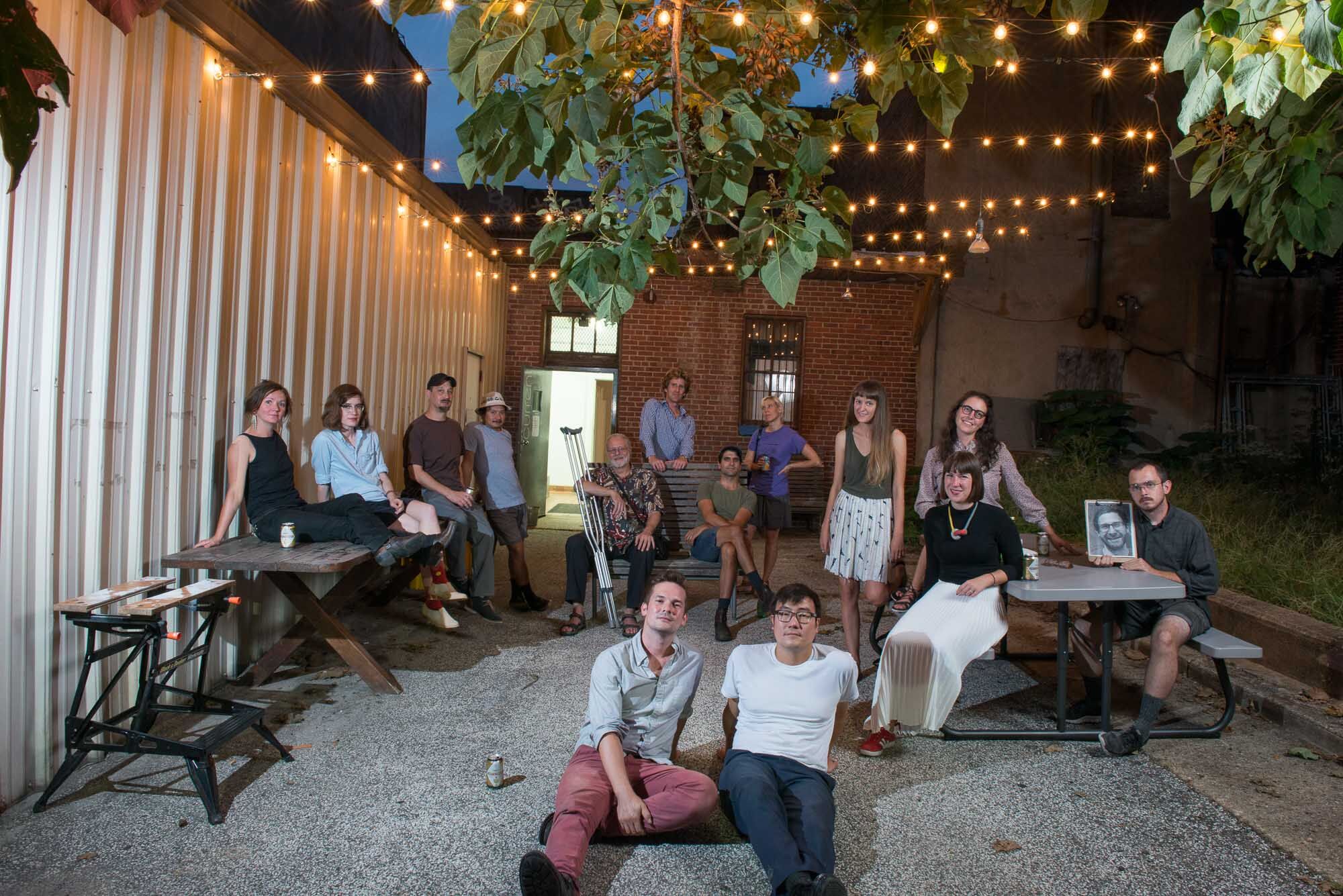 On a warm, late July evening, Julianne Hamilton and Michael Benevento are preparing for a party.

Three years since they initially set out to purchase the building that their gallery, Current Space, has resided in since 2010, artists Hamilton and Benevento finally officially purchased the building downtown at 421 North Howard Street on June 20. They announced the purchase in an email newsletter.

It all started with a request for proposals from the Baltimore Development Corporation in 2015, states Benevento, for several city-owned buildings on the east side of the 400 block of Howard and around the corner on Franklin Street. “A Request For Proposals went out for buildings on this side of the street, so we called our friend Marian Glebes and asked her how to go about acquiring the building,” he adds.

“We didn’t think anyone would be interested, because this block has been vacant for a long time,” says Hamilton, setting up little vases that will hold marigolds and black-eyed susans from her mother’s garden. 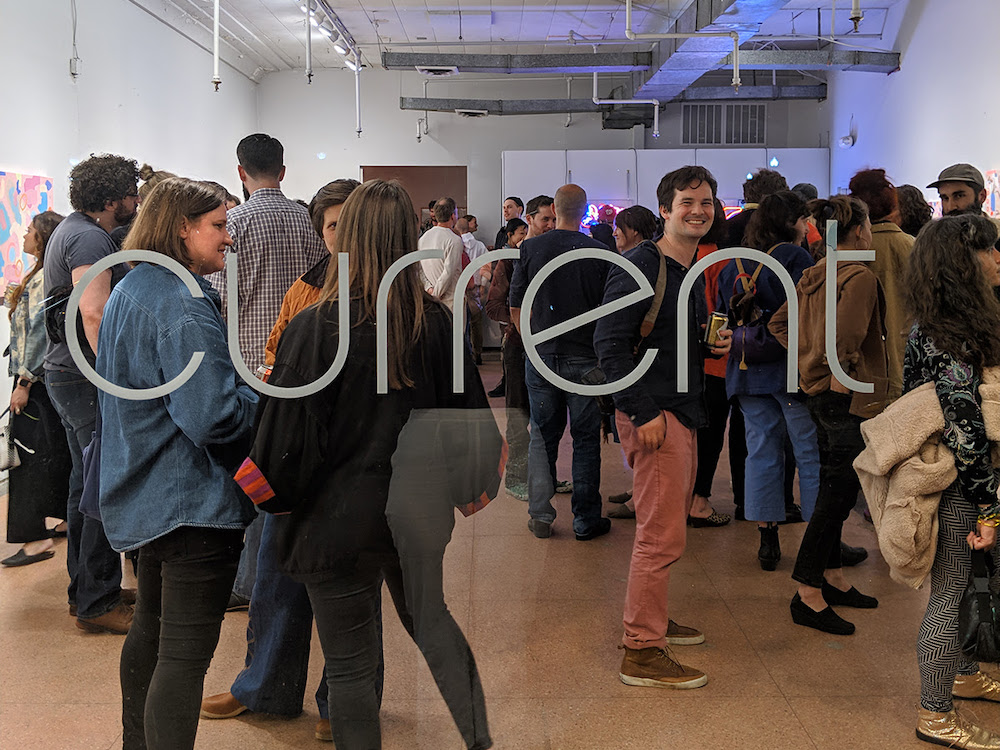 “We’ve been around since 2004, but this particular building has been with us since 2010 and we really wanted to invest more in the space,” Benevento pitches in, carrying in bags of ice to fill a tub full of drinks with. He describes the compilation of a 100-page binder full of documents and support letters from people within the arts community, neighborhood associations, and gallery spaces as he tests the playlist for the evening. “If you’ve ever completed a very detailed, specific grant application, that would give you a starting point to understand what these proposals are like,” Hamilton adds in a later email. “In it we included a detailed project summary, various kinds of architectural concepts, our development schedule, lots of financial plans, a detailed argument for the project feasibility (aka why our plan is awesome and we believe we’ll be able to do it), and a number of other documents.”

It sounds like a prohibitive amount of paperwork. “Oh, Michael’s become an Excel master!” Hamilton laughs. “There were a lot of hurdles to get to this point, but the city wanted us here and was very supportive.”

What is Current Space now used to be a temp agency, and had been lying vacant a whole year before Benevento and then-co-directors Monique Crabb and Andrew Liang brought their vision to it. Benevento joined Current Space in 2005, several months after it started in its first location on Calvert Street with co-director Hans Petrich and 14 members operating the space. Over time the collective has had several volunteers and studio members who helped build and run the space. Hamilton first became involved with the space when she got a studio in 2009 and then started volunteering in 2011. She went on to become associate director in 2017 and started taking on a bigger role in planning Current’s future.

The work that went into converting the building from an office space into an art gallery, with studios in the basement and a showspace in the backyard, has been a long and arduous road. Future plans for the building, however, have been cemented by a grant from Project C.O.R.E (Creating Opportunities for Renewal and Enterprise), an initiative by the Maryland Department of Housing and Community Development.

“We’ve been paying costs for the building for years and years while we were leasing it from the city—I couldn’t tell you how many times the storefront glass has been smashed,” Hamilton says. “But now we have the grant, so we’re going to use that to replace the whole roof, which is leaking in a bajillion places, and a bunch of other infrastructure stuff that’s invisible but will make the space more stable.” 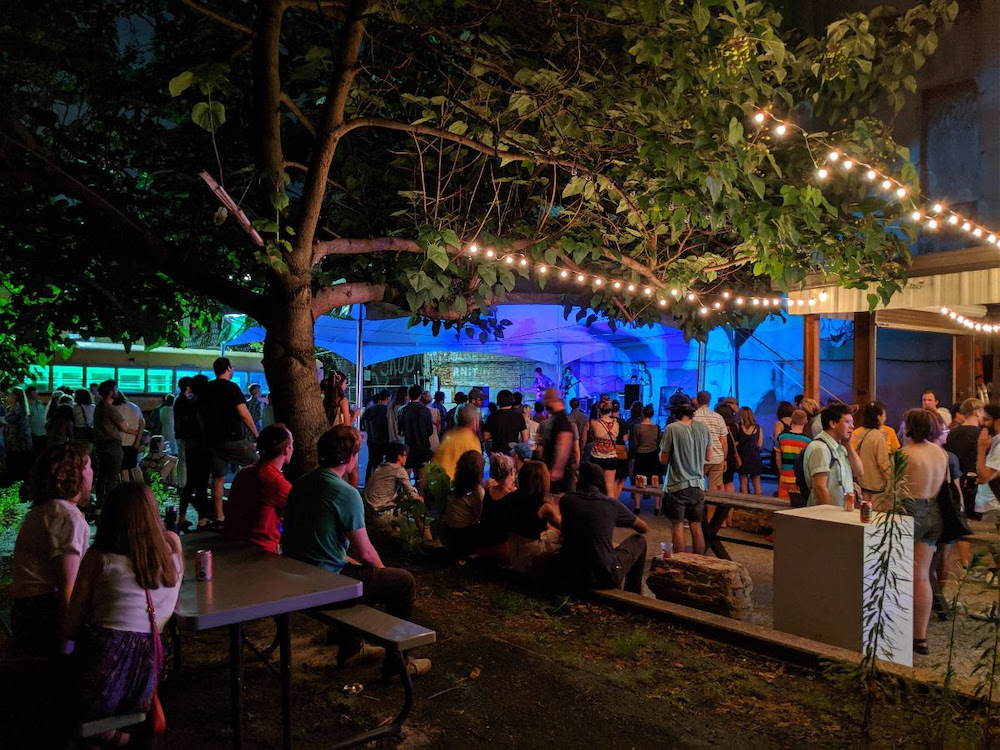 I ask if there are tangible ways that the building in its new form can impact its surroundings, given its proximity to other arts organizations in the Bromo Arts District—Le Mondo and the Downtown Cultural Arts Center are close by, along with numerous other art spaces. “I think, broadly, for the neighborhood, this block is going to change over the next few years, because all the other buildings around us are under contract or being developed too.” Hamilton says. “So us having this building means that we can preserve a gallery here. We can keep the arts in the district. Arts spaces can’t often afford increased rents, which makes them vulnerable to displacement. This is why it’s so important for artists to own their own spaces to avoid being priced out.”

Vulnerability to displacement and gentrification have long been at the center of discourse around urban planning and city development, especially the ways that development and displacement disrupt communities, affecting the people who live and work in neighborhoods within a city. Benevento points out that the 400 block of Howard Street is vacant, so it’s unique in a way that the transformations happening around them are going from buildings that are collapsing to structures that are being either stabilized or rebuilt. “One thing that I do hope doesn’t happen in the process is that we’re suddenly surrounded by only luxury apartments,” Hamilton adds. “I hope there are things that make people want to live here and contribute to the environment.”

As the evening goes by, the backyard fills up with friends and well-wishers. There is a lot of talk about art and Baltimore, art in Baltimore and art about Baltimore. All these conversations reach a capstone with the customary speech that Hamilton and Benevento make towards the end of the evening. One line in particular that Hamilton utters stays with me: “We’re hoping people don’t leave, and that other places find a way to stay.”

Upcoming events at Current Space include:

Aug. 9: Studies in Gravities: A Concert of New Music, a night of playful new music and improvisation performed by various musicians including Jamal Moore, Derrick Michaels, Zach Branch, Derek Wiegmann, and many more.