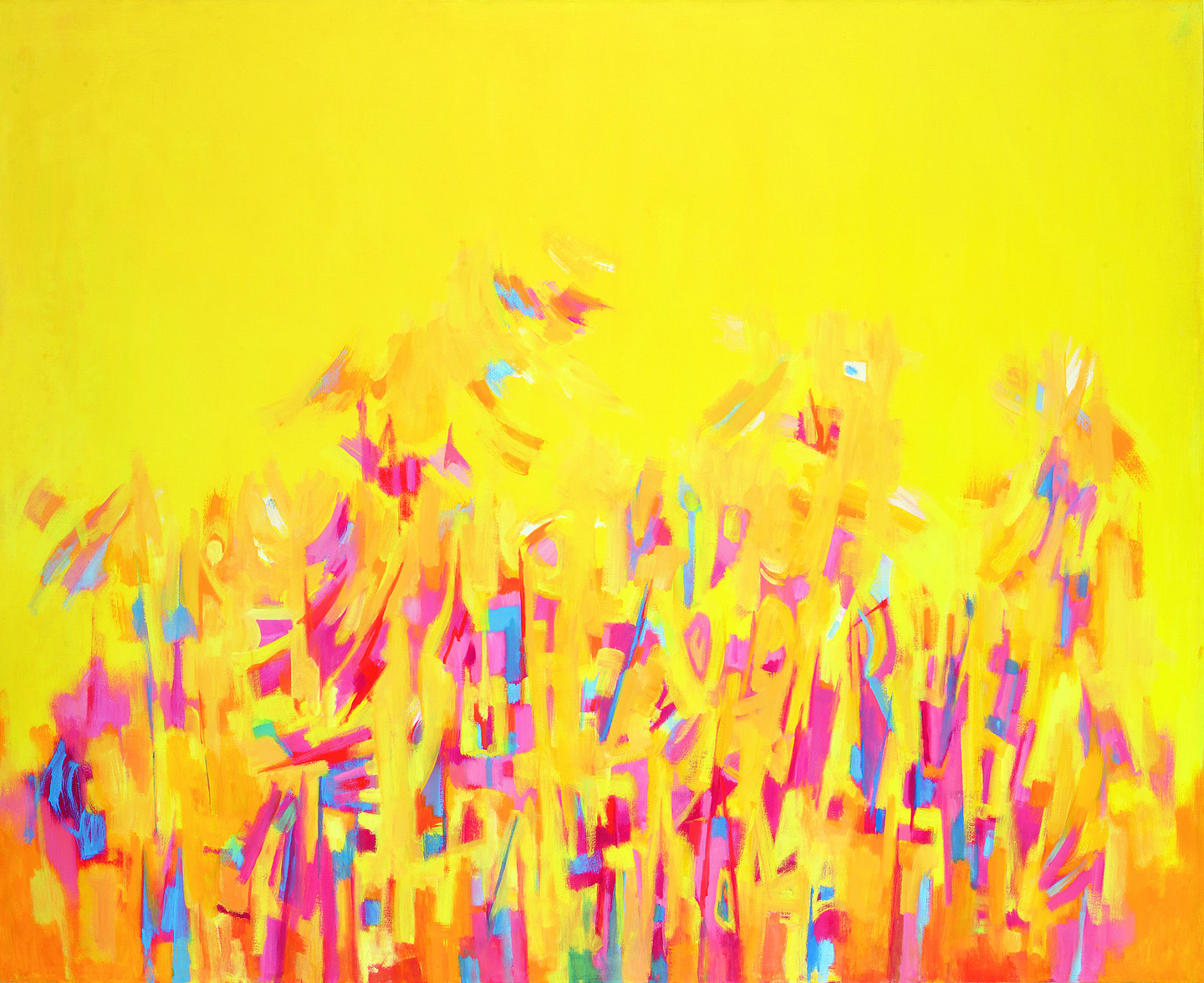 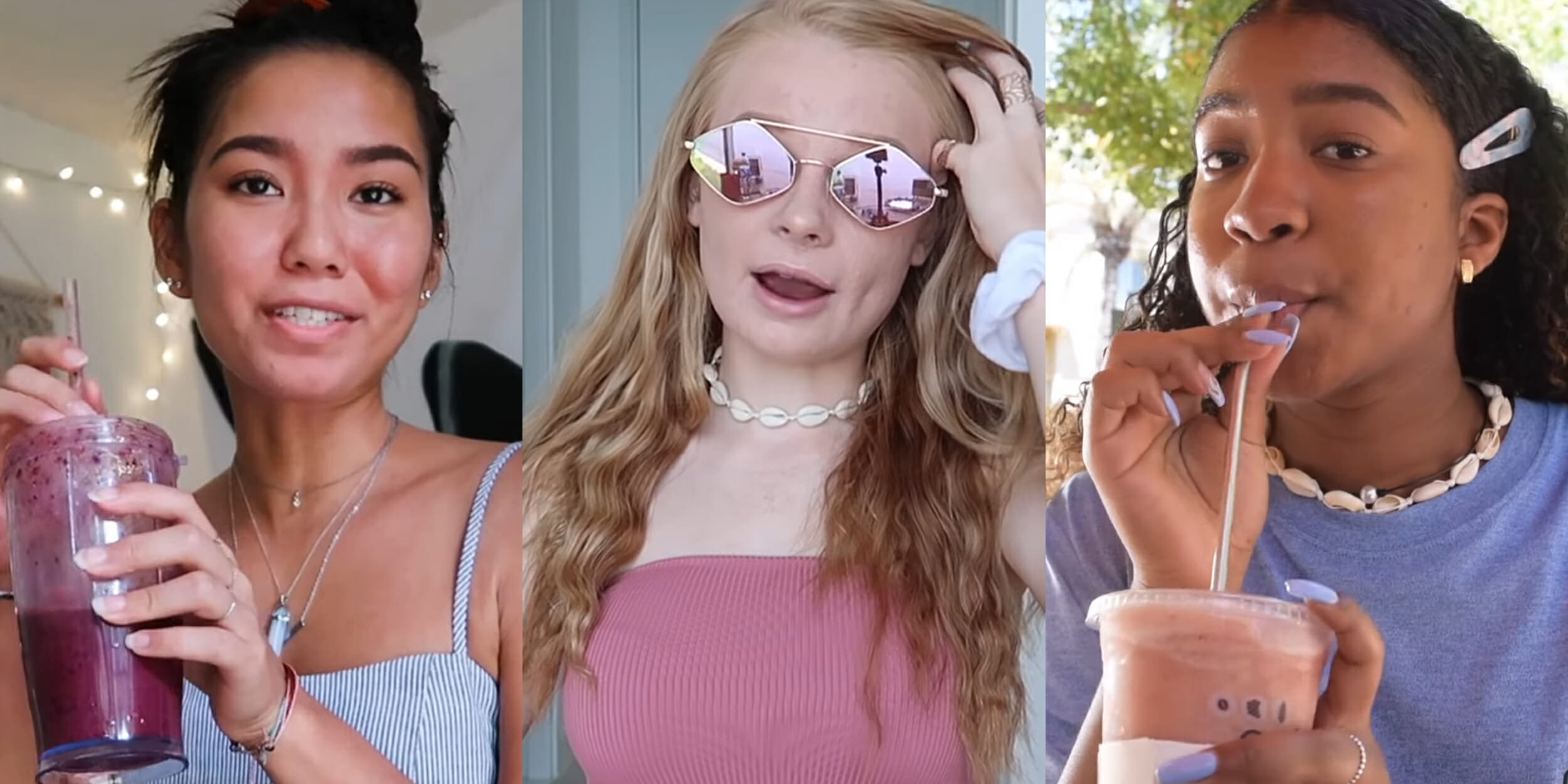 The Internet Is Exploding: 10 Must-Read Articles [...]

I cannot think of a movie I’ve seen in some time that’s as moving and unpredictable as Numa Perrier’s early internet period piece and camming coming-of-age story, Jezebel, the opening night movie at the Black Femme Supremacy Film Festival at the Parkway this weekend (screening 8 p.m. on August 30).

After Tiffany’s mom dies—which, in a moment of typically shorn storytelling here, is a major bit of drama made minor—there is a funeral to pay for and older sister Sabrina (Numa Perrier), a phone sex operator, tells Tiffany (Tiffany Tenille) she has to get a job and move out and throws a flyer for a cam girl gig her way. The movie, based on director/writer/co-star Perrier’s own experiences, takes place in 1998, when webcams were shoddy, “camgirl” wasn’t a word yet, and everyone was using dial-up. We only see Tiffany (her name on the job is Jezebel, evoking both the racist stereotyping she endures by bosses and customers alike and a transgressive woman in history perhaps deeply misunderstood) at work or at home, and we only see Sabrina working, which she does at home. Everything else—the sterile glitz of Las Vegas where the movie is set, or their family’s emotional turmoil—remains in the background or off camera.

That’s just one of the many ways Jezebel, about work and how it complicates sisterhood and solidarity, fully dedicates itself to Tiffany’s sometimes contradictory thoughts and actions: Her first day camming jumps from a degrading strip for the webcam company’s sleazy, nerdy owner to fleeting fun in front of the camera with lead cammer and company co-owner, Vicky (Zoe Tyson). Tiffany tells dedicated customer Bobby about her mom’s funeral the day before—surely, an unsexy no-no for camming—and it elicits a confession from Bobby, who mentions he has a wife and kid and yet he’s here in this chat talking to her instead. A chatroom user calls Tiffany a slur, and Tiffany demands the hatemonger be banned and is pretty much told by her boss that the customer is always right, and then later she leverages her camming success into a demand for higher pay.

At times Jezebel feels like a quirky web short—breezy, clever—and more often like a play—all feeling—and most frequently, like something as revelatory as, say, John Cassavetes’ Faces—roving and unsentimental. 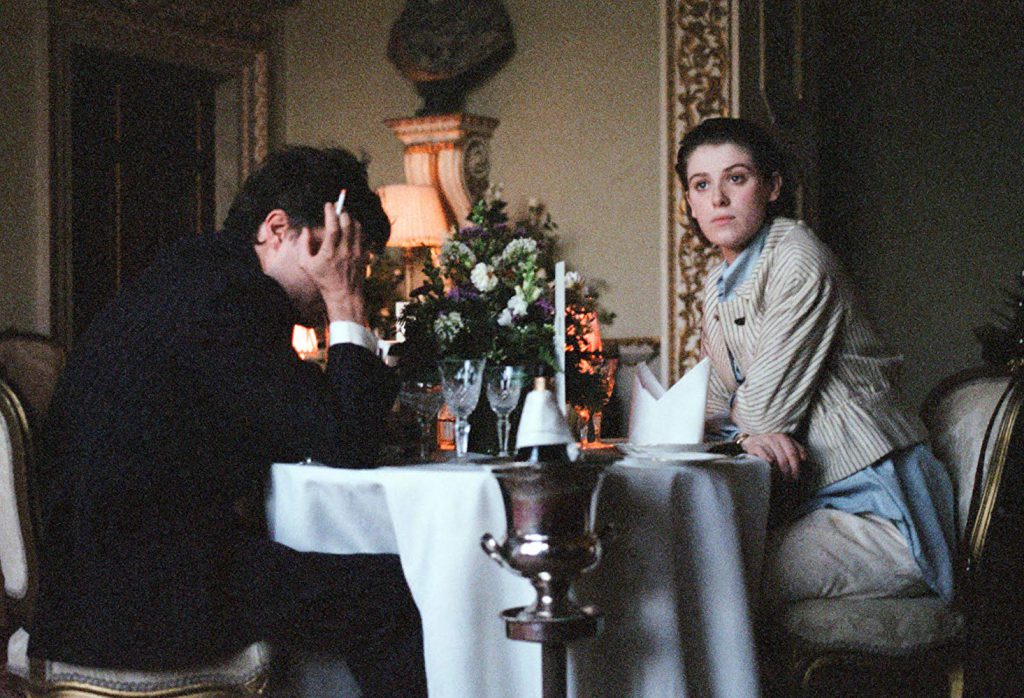 Joanna Hogg’s autobiographical The Souvenir (now streaming and available at Beyond Video), about Julie (Honor Swinton Byrne), a young woman going to film school in the early ’80s and navigating a relationship with Anthony (Tom Burke)—older, even more privileged, and deeply caught up in a heroin habit—is very much a movie about rich white people in England, let me make that clear. You should still watch it. Improvisational and abstract, The Souvenir appears captured rather than manufactured and the dialogue rolls out quietly, often mumbled, and sometimes, Hogg cuts out a dramatic scene and leaves only its build-up or the moment after the moment. This is how memory operates, and The Souvenir illustrates how a bad, important relationship can take even life’s most significant events away from you, recasting an abuser as the lead rather than yourself.

At school, Julie intends to make a movie about the end of the shipbuilding industry and she’s told—or really mansplained—by everyone that it isn’t exactly her background and does she really have the right insight to make this movie and maybe she should work on a project about something she knows: herself. It is both a useful note and no doubt men being men, telling a woman to go interior, because that’s what women’s art is supposed to do if it’s supposed to do anything at all. Those experiences then make Anthony, posh, pretentious, and bold, a respite (and the worst kind of work: a mess who needs all your attention). However, he encourages Julie, and some of his swagger (mostly fueled by being rich and white and on heroin which really does make you think you’re invincible) rubs off on her.

Jezebel and The Souvenir are both tricky autobiographical features about screens, emotional labor, and being underestimated. A major difference, though, is that The Souvenir is something of a big deal—released by A24, on the cover of Film Comment a few months ago—and Jezebel remains under the radar. I think we all know why that is—it is the same reason that the Black Femme Supremacy Film Fest, in part, exists. 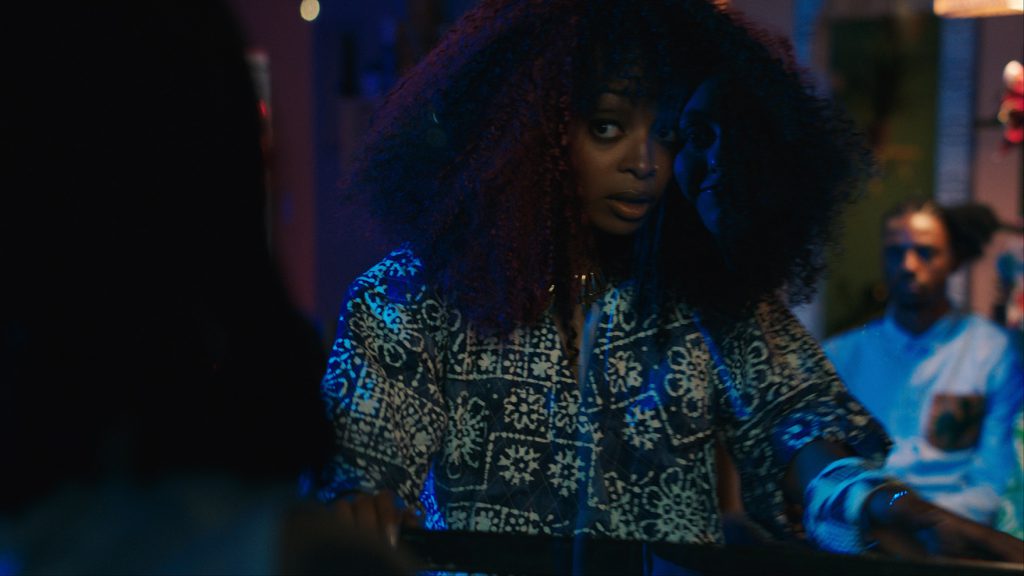 Ballet After Dark (B. Monét, 2019): Impressionistic short about dance therapy for survivors of domestic violence and sexual abuse that, like TT The Artist’s Dark City: Beneath The Beat, suggests a new kind of music doc far, far away from the Netflixified rock docs being cranked out (and always, it seems, with Henry Rollins as a talking head). Screening as part of the Homegrown Talent short film series at 8:30 p.m. on August 31.

Hair Wolf (Mariama Diallo, 2018): Gentrification and appropriation as a literal monster here as white women scoop up elements of or straight up steal black culture in Brooklyn (echoes of Ganja & Hess, and Werewolf Of Washington). Screening as part of the Access To Genre short film series at 1 p.m. on August 31 and 6 p.m. on September 1.

Sweeter (Emily Eaglin, 2018): In my review last year, I wrote, “at the heart of Sweeter is a seriousness with a loud and clear message, but the way Eaglin puts all that in the mouths of delightfully regular-ass people recalls warm hearted, working class movies such as Charles Burnett’s My Brother’s Wedding or Mike Leigh’s Life Is Sweet filtered through the genteel surrealism of, say, Beyoncé collaborator Melina Matsoukas’ videos.” Screening as part of the Access To Guidance short film series at 11 a.m. on September 1.

For schedules and more info on the Black Femme Supremacy Film Fest, check out the Facebook event page or the Parkway’s website. For tickets, go to Eventbrite.

Performance: Music, Theater, & Dance
Art AND: Sam Bessen
Why the director of the performance series In the Stacks and curator at Hopkins' Lester S. Levy Sheet Music Collection wants you to listen to Classical music

"I’m inspired by these musicians that weren’t satisfied with the presenting platforms or ensembles that existed, so they just created new ones."

A throng of Baltimore people protected stage divers from being hurt, allowing the brave and die-hard fans to leap into a sea of fans and surf in ecstasy and glory.