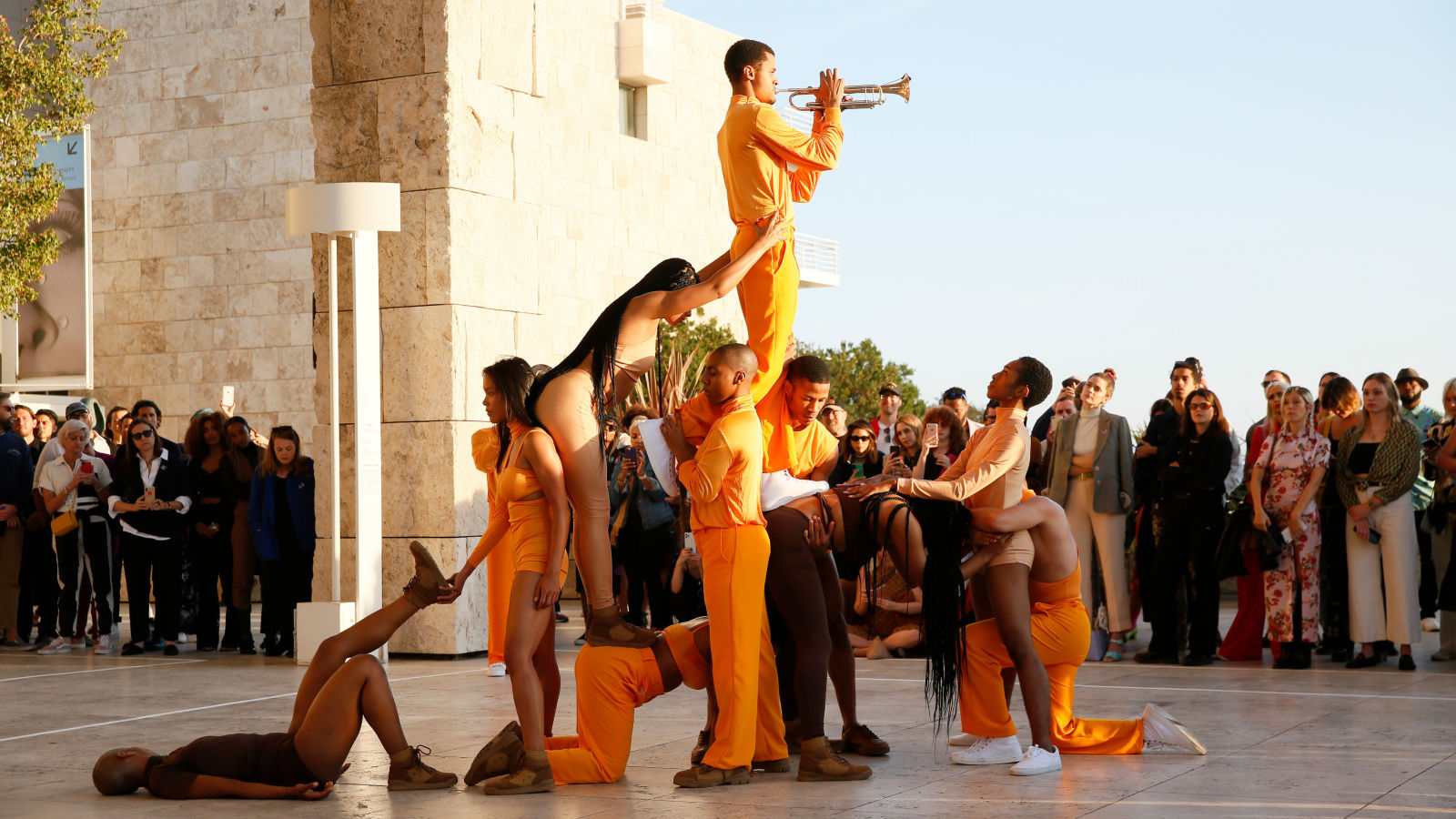 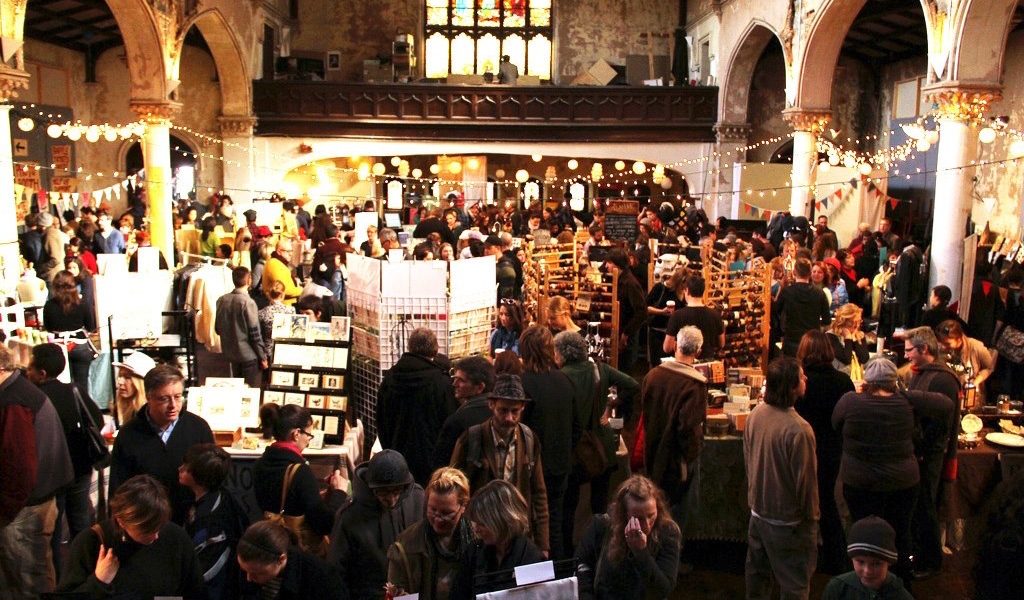 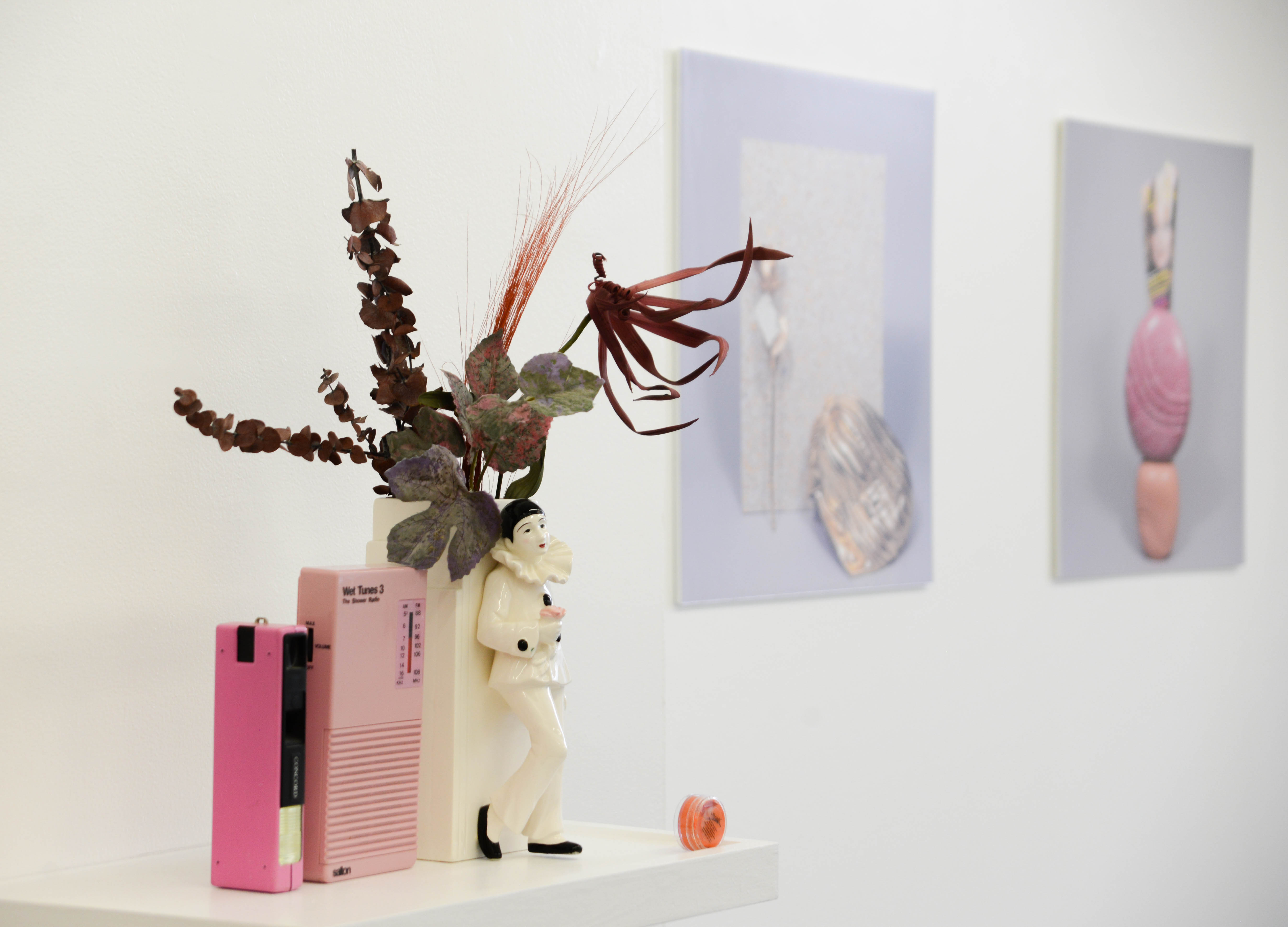 In Zevel, an exhibition of new photographs at Terrault Gallery, Zachary Z. Handler creates a shrine to his experience growing up in the ‘80s and ‘90s. A series of 18 still-life photographs capture meticulous arrangements of personal ephemera: a magazine curled into a vase; a notebook held open with a metal hair pick; two wallet-sized photographs lifted in the air by the bristles of a makeup brush. There is a spiritual quality to these collections of objects, and when considered individually, each arrangement is a creative shorthand for a specific moment in the life of a Jewish boy carefully navigating his sexuality.

The titles of the photographs are brief vignettes that give Handler the opportunity to do justice to memory in retrospect. One piece is titled “In the seventh grade, on my second date with a girl named Ilyssa, we went to play mini-golf and I chose this pink ball.”

In the photograph, copper sponges lift the corner of a box of Clairol® Benders—flexible hair-styling tools that allow the girl on the box to transform her hair into loose, playful curls. A diving trophy is precariously balanced atop the box, the gilt face of the figure scanning the sky as the pink golf ball of the story serves as a gut punch. The objects reverberate with potential significance. The viewer may consider how copper is a conductor of electricity, a nod to the spark of hormones at play. How the Benders, blue and pink, hint at the pliability of gender roles. How this diver seems so diminutive compared to that pink golf ball, a figure thrown into the deep end of childhood romance. 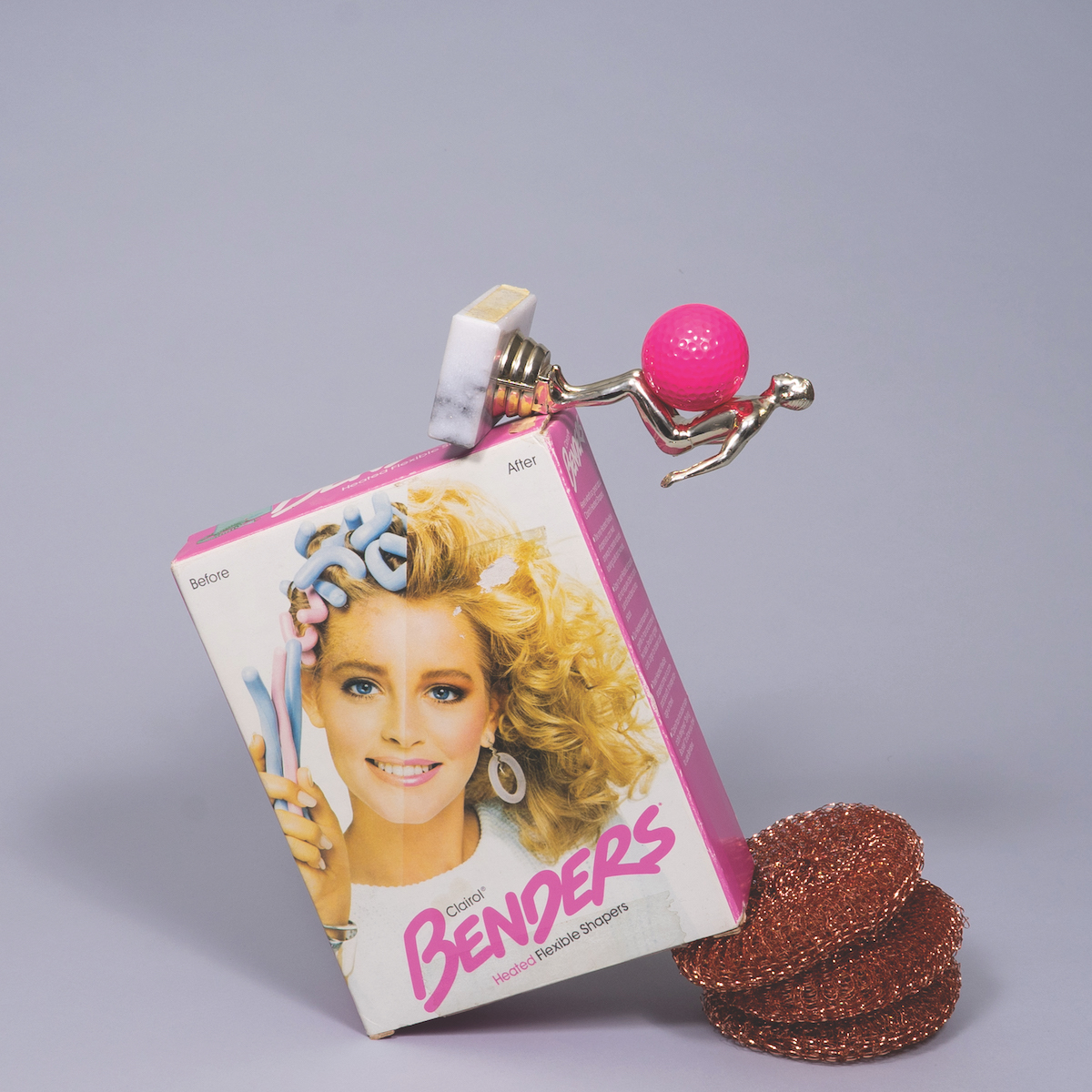 Zachary Z. Handler, “In the seventh grade, on my second date with a girl named Ilyssa, we went to play mini-golf and I chose this pink ball.” Archival pigment print on foam board (2019), courtesy of the artist 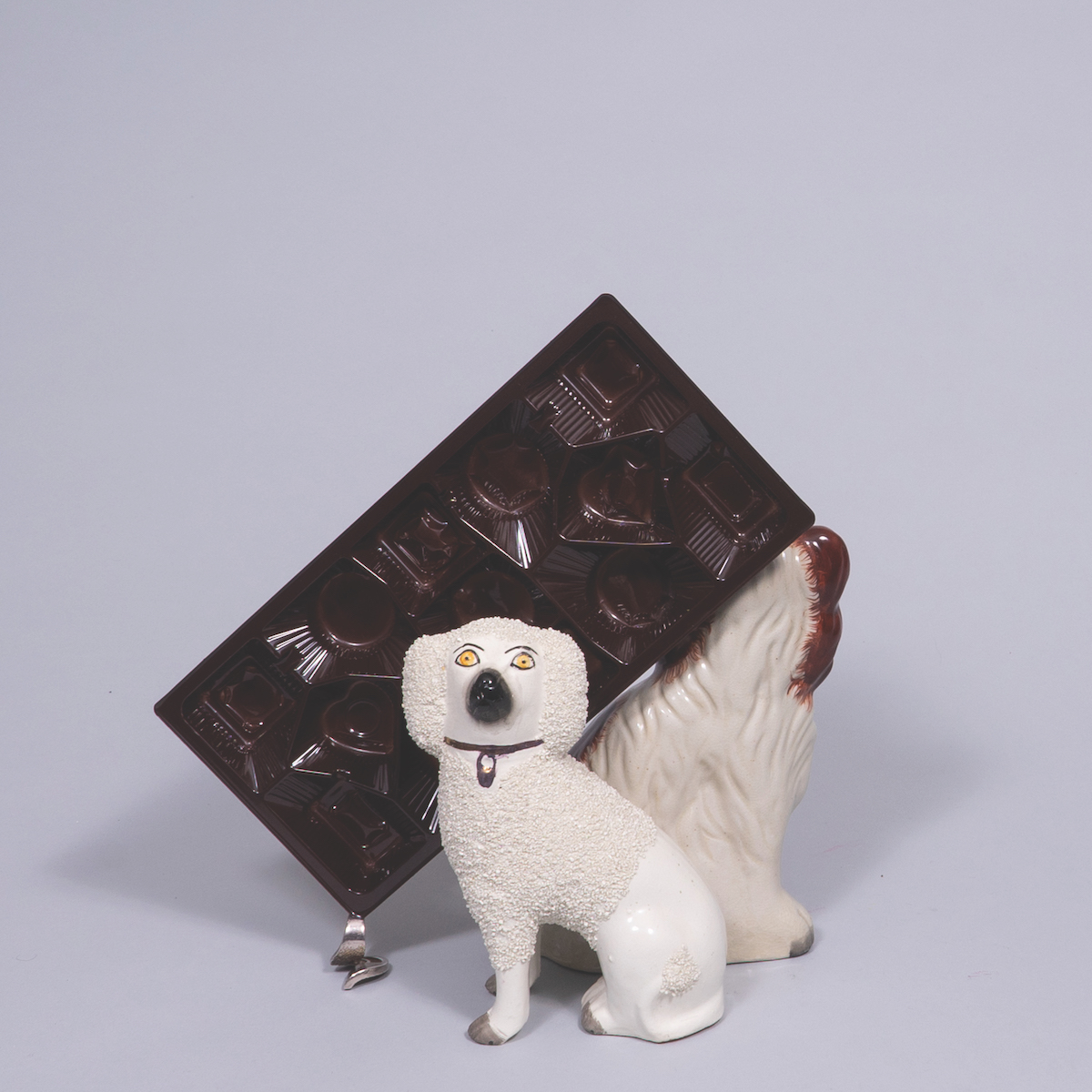 Zachary Z. Handler, “The night I called my grandfather to tell him I finally got my Hebrew name, ‘Zevel,’ I used the landline phone in my father’s jewelry studio where he sat next to me while making this ring. My grandfather, an Orthodox Jew and president of his shul, was so upset that my Hebrew schoolteacher had given me a name that means ‘trash’ that he called the school himself to complain.” Archival pigment print on foam board (2019), courtesy of the artist

The exhibition’s title, Zevel, is explained in one of these vignettes. We learn that Zevel is Handler’s Hebrew name, given to him by a schoolteacher, and that when Handler phoned his grandfather to tell him the news, his grandfather was outraged as the name means “trash.” (This narrative is also a nod to the ways in which some might view the personal objects Handler chose to hang onto.) The accompanying image contains a metal ring Handler’s father was making in his studio while Handler phoned his grandfather that day. The ring props up an empty brown plastic tray that used to hold an assortment of chocolates, wedged between two porcelain dog figurines. One dog looks outward, confronting the viewer, while the face of the other dog is turned away, betraying a sense of shame. The sweets have been long ago digested; the refuse remains.

When I exited the exhibition, I thought several of us might have created something very similar from our own lives’ experiences—except we’ve thrown away all of those relics from a life we have since left behind. Handler, conversely, curates his past through these objects with an air of reverence. Many of the objects in the photographs are actually placed around the gallery, clustered in corners like little altars, demonstrating how the photographs serve to both select and amplify. As a result, Handler’s past is enlarged to mythic proportions.

Like any good myth, Zevel is full of archetypes: the nervous anticipation of a first kiss, the gravity of underwear advertisements during one’s sexual awakening, a father taking his son to Hooters. Visual tropes also pile up. Trophies and other gilt objects reinforce where pride may reside, what one chooses to display, and how one chooses to remember. Hair-styling tools include a crimper, curlers, a hair dryer, and a pick comb, which seems appropriate considering the ways in which queer youth in particular can become obsessed with how they present themselves to the world. How one can be teased or how one can attempt to straighten. 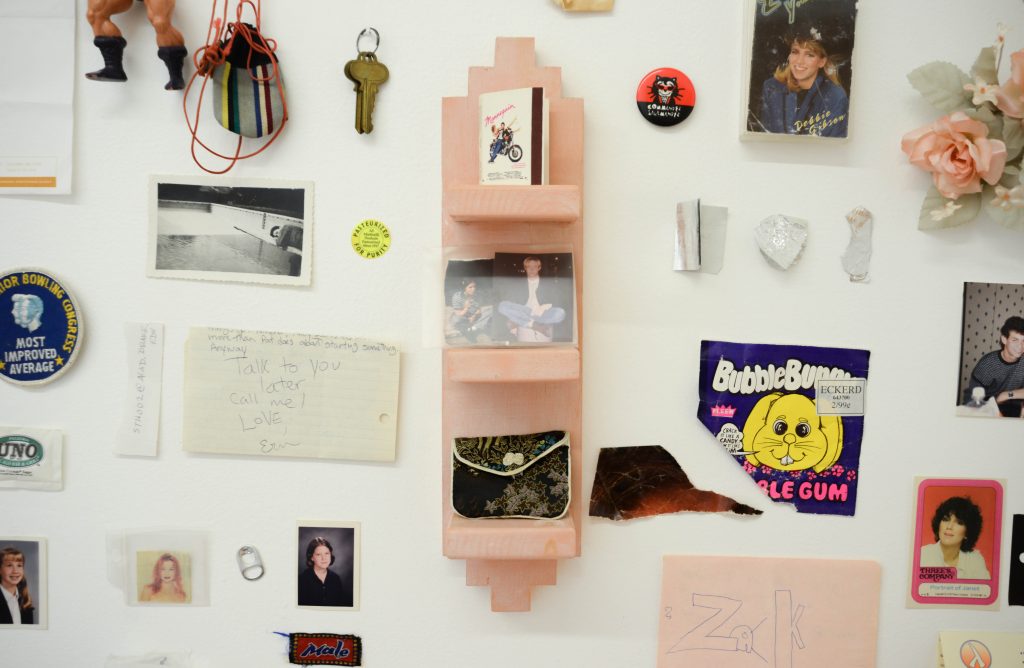 The color palette of the show feels like a time warp: seafoam green, coral, baby blue, and bubblegum set on a backdrop of lilac grey. However, Zevel is much more than a time capsule. By keeping what many would have thrown away, Handler is able to reconstitute not only himself but also objects that evoke something of the human condition—embarrassment, fear, excitement, and arousal. Through one of the photographs, Handler confesses to stealing She-Ra’s horse, Swift Wind, from his friend Caroline because he wasn’t allowed to have a “girl’s” toy; I remember my own father telling me that boys don’t have posters of Zack Morris in their bedrooms.

In the future, such an exhibit would look dramatically different. Magazines have been digitized, games are now virtual, and love notes are designed to delete themselves after ten seconds. As objects are replaced by data, the opportunity for physical connection seems to diminish and genuine emotional bonds seem less likely. This show feels intimate because Handler makes himself vulnerable, granting us access to his past. But, less obviously, the artist creates intimacy with the viewer, using the language of everyday objects as a common touchstone, a dialogue of images and memories that resonate with potency. 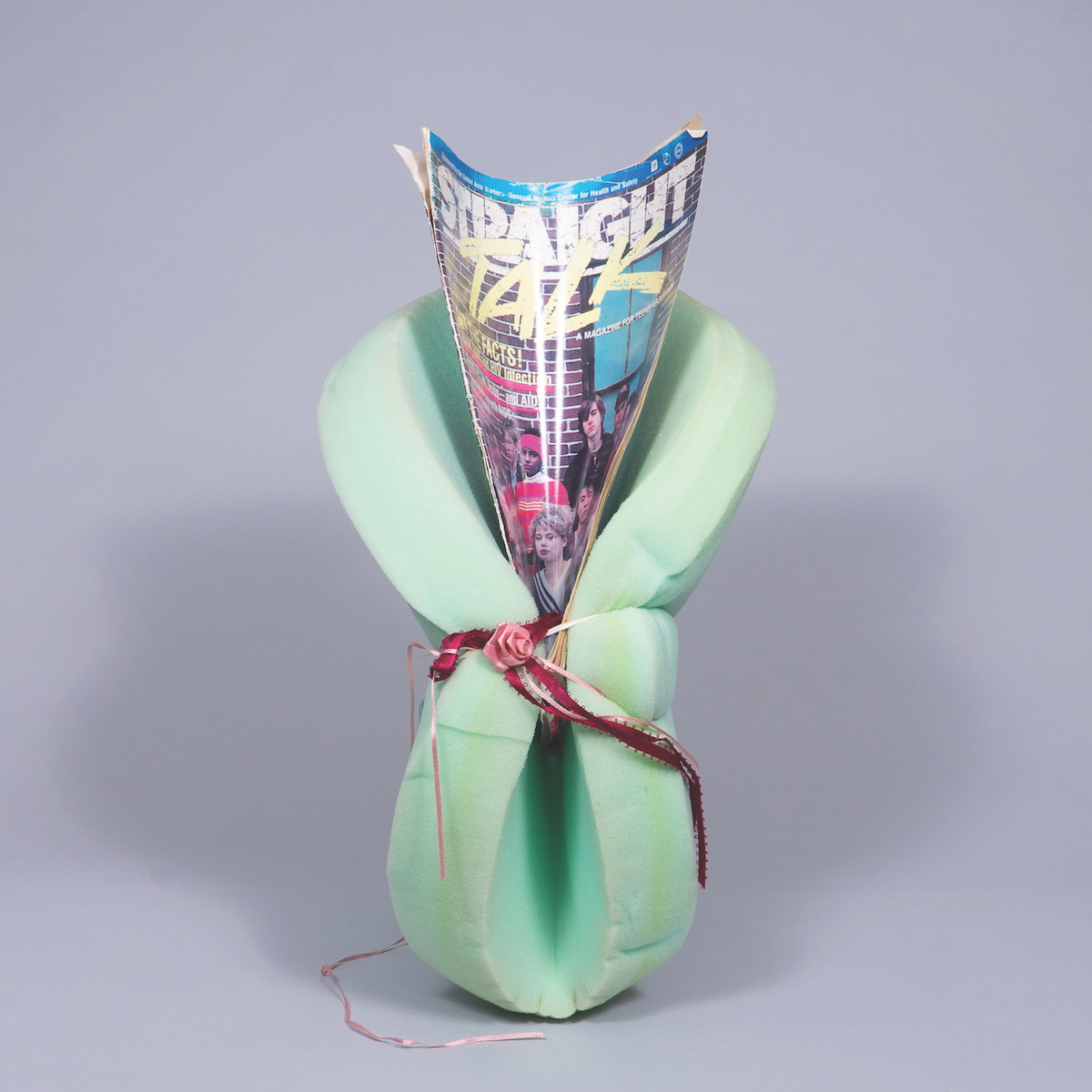 Zachary Z. Handler, “I used to read this health education book over and over and over again in order to scare myself into not being gay, because only gay people got AIDS.” Archival pigment print on foam board (2019), courtesy of the artist 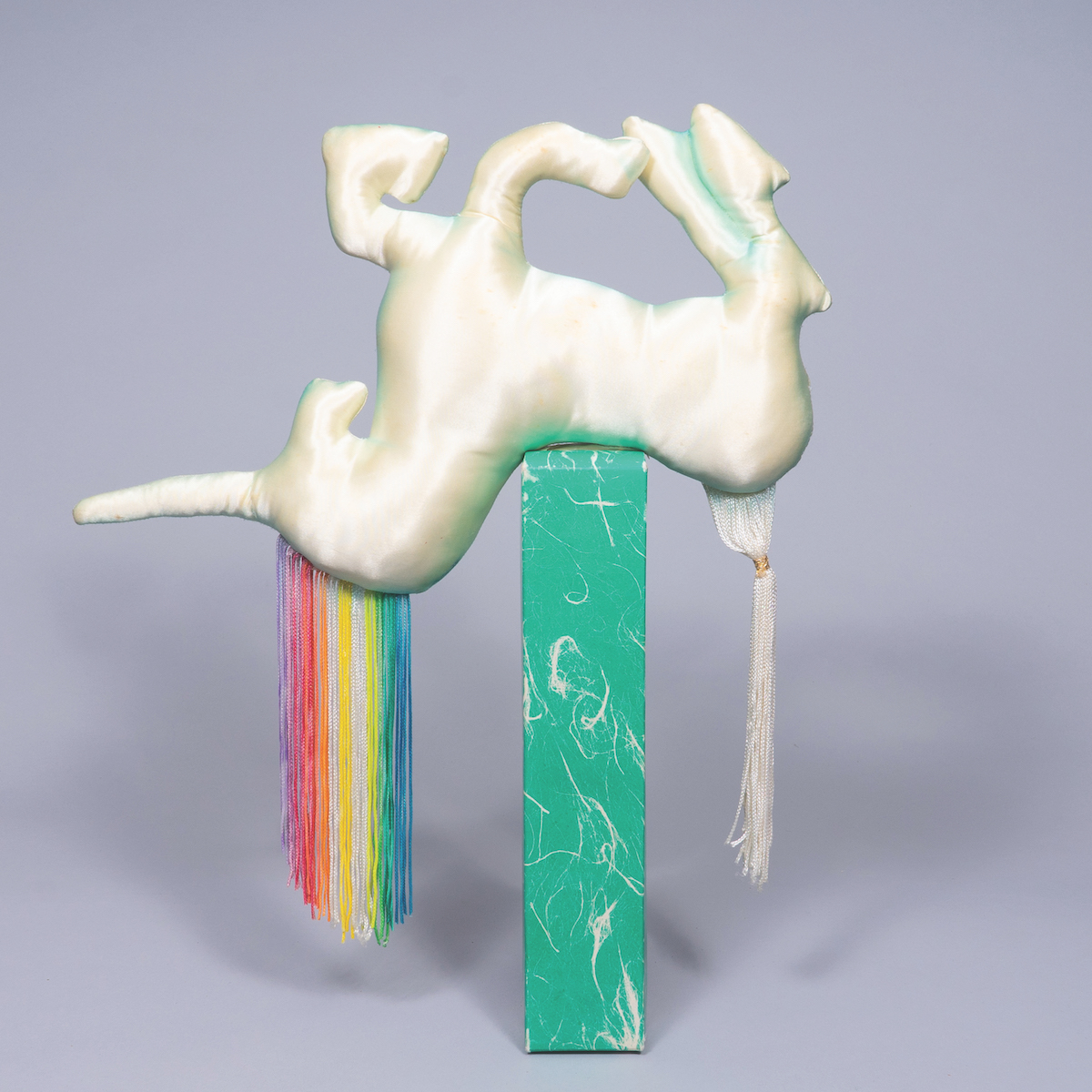 Zachary Z. Handler, “From the moment I was born on October 31, 1980, everything in my bedroom was rainbow themed. I had rainbow sheets, rainbow bedspreads, rainbow blinds, rainbow toys, rainbow pillowcases, rainbow mobiles, you name it.” Archival pigment print on foam board (2019), courtesy of the artist 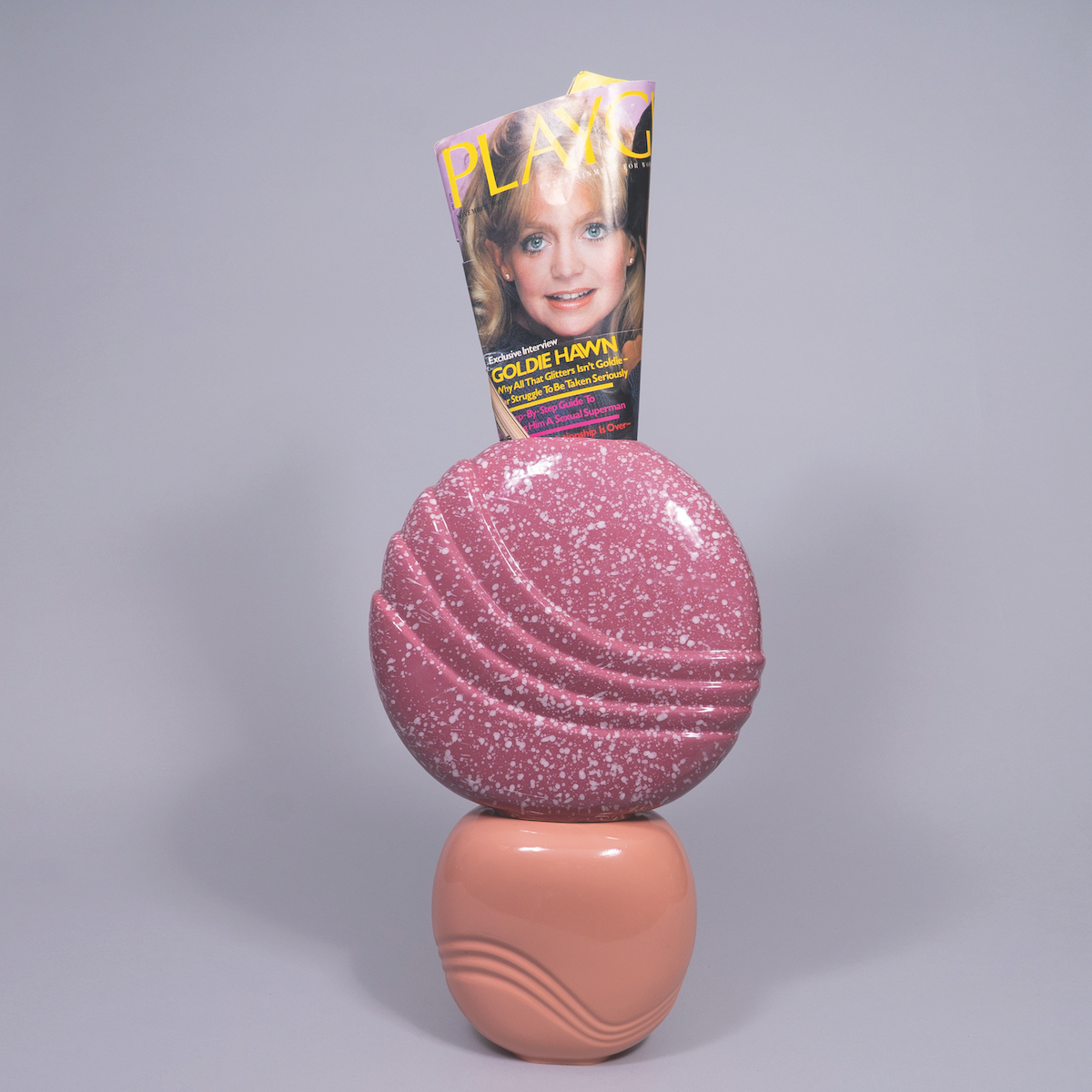 Zevel is on view at Terrault through November 23. There will be a “Show and Tell” event in conjunction with the show on Thursday, November 21, from 7–9 p.m.; visitors are invited to bring their own objects to share.

Installation shots of the exhibition by Akea Brionne Brown, courtesy of Terrault.

By displaying contemporary works by African and diasporic artists with objects of historical measure into a setting for conversation, gatherings, and family, the Ojikutus have built a life around art devoid of the artificial distinctions that most museums have perpetuated for centuries

This show is richly rewarding, due in large part to a range of rarely seen objects and some truly clever juxtapositions.

Visual Art
The Maryland Zoo in Baltimore: A Photo Essay
Animals and infrastructure of the Baltimore Zoo

Tsucalas's work is punctuated with razor-sharp compositions, a curious sensitivity, and a plucky sense of humor, both romantic and critical.

In her practice as a creative director, curator, and writer, Tiffany Auttrianna Ward asks questions about archives, storytelling, endurance, and existence in both physical and digital space, exploring themes of migration, identity, Blackness, and womanhood.